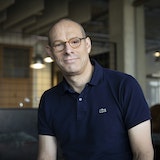 The investments on the insurance companies seem to move into technologies, this helps insurers in professionalizing and digitizing the value chain. Nowadays, it is observable a shift from customer-oriented concepts to technology or product-oriented concepts in the the Insurance Industry. In this interview, Tom Van den Brulle, shares valuable insights into how the insurance value chain is being transformed.

“The investments in the later stage companies are probably not going to be as large as the investments that we’ve seen in the classic standard Insurtech companies, such as Lemonade and Hippo.”

With the new historical investment rise. Do you consider that the Insurtech market is still in a growth stage or is it going more towards consolidation?

I think the investment amount will slightly increase because the number of deals and the number of startups that are asking for money is going to slightly decrease.

First, there are 2 types of Insurtechs: one type is an insurance challenger including Roots, Bought by Many, Hippos, Next, Oscars and Lemonade and the other one focuses on digital offerings that tap into the value chain and probably do not focus on the interaction with the end customer.

Second, we can see a shift from customer-oriented concepts to technology or product-oriented concepts. I think the investments in the later stage companies are probably not going to be as large as the investments that we´ve seen in the classic standard Insurtech companies, such as Lemonade and Hippo. They are trying to cover the entire value chain, so they need much more money.

Do you think Europe will reduce the gap with the US market in the following years?

Probably there’s going to be a slight reduction in the gap between Europe and the US concerning both, investments and the quality of technology. I expect that Asia will catch up, especially when it comes to technology. Asia is more technology-oriented, with many technologies - to name a few, imagery recognition, Chatbot, Natural Language Processing (NLP), DLT, and AI-based technology. More transfers of technologies will help to make the value chain more modern, digital, and efficient. I see a catch-up of Chinese and other Asian technology companies, and I expect the investments to follow.

“The investments from insurance companies seem to move into technologies, such as IoT, Cyber and AI technology. This helps insurers in professionalizing and digitizing the value chain.”

How do you see the evolution on the volumes of insurers’ investments in startups (both related and not related to the Insurance industry) in comparison to the last 5 years and how do you foresee it will be from here to the next 5 years?

The investments from insurance companies seem to move into technologies, such as IoT, Cyber, and AI technology. This helps insurers in professionalizing and digitizing the value chain and thus proves that one startup will be able to crack the problem in terms of how to interact with the end customer. Hippo and Lemonade are desperately trying to boost their sales by buying agencies like MGAs, which proves that hybrid distribution is not yet the best solution.

So, we are expecting that intelligent companies move away from these MGA type of Insurtech investments towards real technology investments that you can use specifically for more distinct parts of the value chain.

To conclude, the strategic investments that we've seen so far become more technology-oriented.

Looking at your contribution to Insurtech investments do you think your role is crucial for the success of Insurtech or even to avoid the possibility of a new bubble?

Overall, insurers as strategic investors seem to be moving away from the sector of Insurtech and FinTechs, because they know too much. Consider the validation of investment of a blockchain-oriented company like Nexus Mutual which is valued at an absurd 600 million value.

However, at the moment I don't know how this is going to develop in the next three to five years, because we've seen Hippo and Lemonade have very high valuations and everyone was very excited about them, yet now they've lost their IPO price which is very disappointing. I think that is going to calm down the VC market a little bit and cause a general correction. I think pure VCs, the real Insurtech space are still more excited about the buzz than the strategic investments themselves.

“The idea of ecosystems is one of the biggest threats to the insurance industry because the question of who is dominating the ecosystem and what startups will learn from Tech Giants, whether OEMs, health providers, pharmaceutical companies, or Amazon is privileged client information.”

What kind of value do you believe a Tech Giant can bring to a young Insurtech?

The idea of ecosystems is one of the biggest threats to the insurance industry because the question of who is dominating the ecosystem and what startups will learn from Tech Giants, whether OEMs, health providers, pharmaceutical companies, or Amazon is privileged client information. So, the question is who will own the client in the future. Looking at the capitalization of FinTech or the financial industry companies of today as opposed to 10 years ago, we have tremendously lost relevance because we do not have the clients remained the dominant client relationship

Additionally, startups are quicker to adapt than corporates, since they are probably slightly more creative and focused on specific technologies, but they don't have client access and they don't have credibility with clients. In this case, working with an OEM rather than with an insurance company can have a great advantage for them and it can be an opportunity for startups to disrupt the insurance value chain.

When startups partner with these ecosystem providers, they help to sell products while the startups offer services, and thus some insurance facilities are needed in a modularized or more fragmented way. In this case, the insurance company will be disrupted, though not fully. At the end of the day, the relevant functionality is going to be within the ecosystem and, in particular, to the one who dominates the ecosystem. If startups want access to data and access to clients, they will probably work with the pharmaceutical company rather than with health insurance company, which is an easier and more direct way to be involved.

Do you consider that submitting an idea or project to a regulatory Sandbox is positive for an insurer? Has your company considered participating in any of them?

First of all, of course, the regulator’s actions are positive, and they have made progress by providing a framework that allows you to test more data-driven go-to-market concepts and pricing concepts. There are also regional differences. For instance, our experience in Singapore is much better than within Germany.

The standard insurance industry has an interest in providing these sandboxes. The more traditional players probably can afford two to three years of the regulatory processes to come up with new products or new ways of dealing with insurance risk, while Insurtechs might not be able to afford this.

Actually, we are competing with the embedded players and big tech players who own and use all the data like Lemonade. I imagine once Tech Giants like Amazon get interested in the insurance business and enter the game, we would be longing for a situation where there is no sandbox, and they must go through the entire classic regulatory process to just slow it down.

How would you define the degree of maturity of your company regarding participation in Open Insurance initiatives?

I think the Open Insurance initiatives depend on the line of business. For instance, in Life and Health, there is no way that this would happen, not because the insurance industry is too traditional or too old fashioned, but because people just don't want their data to be shared and to be open even if there is homomorphic encryption technology to secure it.

On the other hand, in the P&C line of business, I could imagine a more open way of dealing with customers’ data since it is less sensitive. We must wait and see how the market behaves.

Looking into the crystal ball, what are your predictions regarding the Insurtech sector for the coming years? What trends do you think are becoming more important?

We will be orienting towards risk avoidance technology rather than risk transaction technology. That is to say, from some financial coverage towards risk reduction, mitigation, and avoidance. For instance, we are directing from my company Industrial IoT technology and other relevant technologies.

What is the highest hype in the Insurtechs?

Regarding some digital health technologies, I don’t believe in some digital behavioral concepts in Life and Health insurance.

On rewarding systems, changing behavior or fighting obesity, all this stuff doesn’t work too well, we’ve got hundreds of them, and no one is kicking off and especially also no one can argue or prove the interaction between the change of behavior and the life and health loss ratio or pricing.

There's no evidence in the data whatsoever, and we've been looking at it for 10 years now, and there's a lot of money going into this.