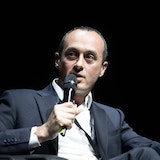 Startups are increasingly attractive to companies and incumbents. These players are becoming a lever to accelerate insurers' innovation. The relationship between startups and insurers is increasingly close to collaboration. Matteo Cattaneo, in this interview, shares his vision on the major shifts that the insurance industry is undergoing.

“Startups are players that are learning to become more impactful, and more attractive to the corporations and incumbents as well.”

With the new historical Investment rise, do you consider that the Insurtech market is still in a growth stage, or is it moving towards consolidation?

Those established startups are now full-fledged players, although they are still labeled as Insurtechs, a possible relationship, collaboration, or intersection with insurers could be new and diverse, they can be competitors or partners.

On the other side, there is still a continuous flow of new startups. Startups are players that are learning to become more impactful, and more attractive to the corporations and incumbents as well. Also, we have learned that startups can be a lever for accelerating exploration and change for insurers.

To conclude, I don’t see this trend decreasing, even if investment in terms of an absolute term will increase or not. There are relevant differences across countries and regions, but I think these players should be part of the game.

Do you think Europe will reduce the gap with the US market in the following years?

No, in my opinion, there are historical, managerial, and cultural reasons for this gap to be there. Europe is not one market; it is 27 markets.

For example, Italy is not the most fertile ground for startups, and if a company is born in the UK or Amsterdam, can relatively more easily access the market.

I don't see the gap shortening too quickly, the way forward is to find a proper or different approach for Europe. Europe is an important market, but it’s not yet the first-choice market.

As long as the incumbent is aiming to do corporate venturing and no venture capital for the final return of investment, the evaluation of other co-investors must be part of the game; it cannot be outside of the reasoning.

There are two main situations; one is when you are the first industrial partner entering the startup, in this case, with the first right of choice, you can probably run the game. The other is when you decide to enter a startup that has been already invested by other partners. For me, the equation is complex overall in this latter situation, especially if the investor is a VC.

How can you live together with VC investing in a startup? Their objective is different from the one pursued by a CVC player. If you do corporate venture, you don’t aim for an exit, you would like the situation to last forever.

Tech Giants don’t partner easily, so you can follow them as an accelerator in terms of valuations; but if the Tech Giant is already in, it will not leave you the main (industrial) slice of the cake.

At Reale, our strategy and scope are to deliberately invest in the early stage with very young players. Due to the size of our group, if we invest in later stage players, we have to take into account that the stake could be so small versus the majority that it might be difficult to reach our industrial objectives. On the other side, if you go towards small players, even if they are potentially “weak”, when they grow up, we have better chances to integrate from an industrial point of view.

“The activity is measured in terms of what type of role we play with the startups. Benefiting both ways and using them as a lever, not just for a solution, also for transforming their mindset internally.”

Does your company consider itself an active player when it comes to investment and partnerships with startups?

In terms of investment and collaboration with startups yes. We are ready to reach the markets and domains where we are operating. The activity is measured in terms of what type of role we play with the startups. Benefiting both ways and using them as a lever, not just for a solution, also for transforming their mindset internally.

Insurers are investing more and more in distribution channels and Commercial Line of Business Insurtechs rather than in Health companies. What is your insight on this? How do you foresee this trend for the following years?

The hype in these types of domains is easily affected by the journey that insurers are on. I still see this as a traditional way of segmenting our business and the Insurtech world. We should not just be interested in modernizing the way we do health or commercial insurance but start to address positioning in these types of domains, more in the perspective of ecosystems.

“The insurance sector cannot be out of the radar of the Tech Giants. We should be worried if they succeed in entering, and exploit this worry for becoming more and more agile.”

What is your perception of the interest of the Tech Giants in the Insurtech market?

Tech Giants were born at the beginning with the mindset of playing also with different kinds of ventures (versus the traditional incumbents); in fact they were usually startups themselves. Startups can be a way for a Tech Giant to externalize the go-to-market for insurance instead of just going with a in-house solution.

The insurance sector cannot be out of the radar of the Tech Giants. We should be worried if they succeed in entering, and exploit this worry for becoming more and more agile. Most of the other sector is being disrupted, why shouldn’t Insurance?

“Playing in ecosystems often requires insurers starting to do something else besides insurance, and this is a big cultural shift.”

Ecosystems are a challenge with a lot of question marks for several sectors. Insurers can be orchestrators or co-orchestrators in partnership with other incumbents.

Playing in ecosystems often requires insurers starting to do something else besides insurance products, and this is big a cultural shift.

One of the main pillars of the ecosystem is Data. Sometimes data comes from the Insurance, but data is now required for being real-time and actionable and probably this will be outside. If Data is the main driver Insurers will become data-driven companies or they’ll just serve the ecosystems at the end of the value chain?

The value of a business model is much more complex than just data. Data is now a critical accelerator, a requirement, so certainly without data, it is not possible to succeed. But, if you just have data, it's probably not enough to be successful, from my perspective.

Having said that, I think it is important for an insurer to strive to become a data driven company.

Do you consider that submitting an idea or project to a regulatory Sandbox is positive for an insurer? Has your company considered participating in any of them?

We have already played the sandbox facility granted by the supervicory body; I think it is very positive because it testifies that the regulator understands that companies must grow to follow innovation and transformation.

The work of regulators is very valuable; it is not easy to change rules that have been tested for many years with new rules and the initiatives run in the sandbox might be of help for this purpose.

“Across Europe, there have been a lot of discussions because it is risky to compare open insurance with open banking. It is not exactly a fair comparison, but there is a tendency to do so behind the label of open insurance.”

How would you define the degree of maturity of your company regarding participation in Open Insurance initiatives?

Across Europe, there have been a lot of discussions because it is risky to compare open insurance with open banking. It is not exactly a fair comparison, but there is a tendency to do so behind the label of open insurance. In insurance we handle data, we manage data but we also enrich data. The data that come out of the funnel is not the same raw data as it was at the beginning.

I see however important positive upsides associated to the open insurance paradigm. Interoperability is probably the first one that comes to mind. We don't play in an industry that interconnects so easily with each other.

In general, we agree on open insurance; defining it from an operational point of view can be very difficult, and we must assure even rules to be applied by all players (traditional and newcomers).

Which trends do you see becoming increasingly important?

To focus on a specific domain (customer centric), where to focus the strategy, not just with insurance products.

Who will be the next Unicorn? Why?

Almost impossible to predict; if I have to bet on a relatively recent player (which is already a Unicorn) that would be Next Insurance. The business model is really innovative and intriguing, although it's not in Europe at the moment.

Which was the top technology in 2021?

From an insurance perspective, blockchain was the top technology.

“The highest hype has been so far the self-autonomous driving and, to a lesser extent, the social insurance like peer-to-peer insurance.”

What is the highest hype in the Insurtechs?

The highest hype has been so far the self-autonomous driving and, to a lesser extent, the social insurance like peer-to-peer insurance. When these hypes are out, we need to handle them carefully and assess their long term impact.

What are the models that you feel are not going to grow/have relevance?

Peer-to-peer insurance seems it is more in a utopian perspective at the moment, difficult to scale it up. However, I find B2B2C and the digital (re)evolution more interesting.