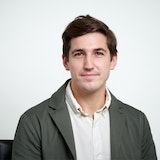 The insurance sector has been gradually incorporating new ways of connecting with the startup ecosystem. Such is the case of how Brit Insurance, with the launch of Ki Insurance, has become a use case in the UK startup ecosystem. James Birch, in this interview, shares the company's journey in this regard, as well as his vision of the current and future of Insurtech.

“We will see some consolidation in the less well-developed businesses, as the capital dries up, as there are potentially too many value propositions that do not have a fundamental differentiator or USP, I think these types of businesses will struggle to raise further funding without notable traction or product-to-market fit in the current macro-economic environment."

“Europe is going to start moving ahead of the US in the coming years, as some of the more mature Insurtechs will begin to go public, which is very exciting.”

Do you think that Europe's going to close the gap further in terms of activity, and that doesn't necessarily mean in terms of money coming in, but in terms of the actual kind of impact that it makes on the industry as a whole?

I see Europe as the hub for Insurtech, in terms of the most tangible success that has happened in ‘business performance’ compared to the US, North America, or APAC, rather than just say the amount of investment that has gone into the local market.

However, we have seen more IPOs in the US, but I think that is because of the capital available to them and the Silicon Valley mentally driving towards a faster exit. Time from inception to exit is always longer in the Europe, and this is driven by the setup of the financial system.

There is no gap between Europe and the US. If you look at the US Insurtechs that have already gone public, all their share prices have dropped significantly. You can also see from regulatory filings that they're all still making significant losses, whereas I think the European businesses are more profitable (or at least aim to be) much earlier.

In summary, I do not see a gap between Europe and the US. Europe is going to start moving ahead of the US in the coming years, as some of the more mature (‘incumbent’) Insurtechs will begin to go public, which is very exciting.

“Today investment has been minimal from insurers into startups when you consider the size of their balance sheets.”

Looking at the evolution of insurers, and their investment in startups, both inside and outside of the industry over the last five years, what do you think your predictions are for the five years ahead?

Over the last five years, it has been a fascinating case study, the case of insurers wanting to dip their toe in the water, getting access and insights into Insurtechs and the technology out there. Typically, they've done this through investing as a Limited Partner in VC funds.

Further, investment has been minimal from insurers into startups when you consider the size of their balance sheets. We'll start to see insurers doing more of their own things, more incubation in-house, and launching new products, services, or business models.

Insurers are investing more in themselves rather than other startups. However, I think they will not reduce the amount of investment they've got going into venture capital funds as LPs because it's part of their investment portfolio. On a financial basis, it provides them with ample portfolio diversity. They will not stop investing into VC funds, but on the other hand, I think we will see less direct investments into startups (as we have seen over the past 5 years) and instead they will begin to invest in themselves.

“Our mission is to introduce algorithmic underwriting to specialty insurance and fundamentally improve the way that we do business for every player in the value chain whether it's the client, the broker, or ourselves.”

Looking at your organisation's role or mission, how do you think your company can help to change the industry?

Ki Insurance is a great example, as it was incubated by Brit Insurance. The strategy from Brit was to incubate us based on growth opportunities that had been identified, for Ki specifically around digitisation and automation.

We spent two years as the Brit Innovation Team to build Ki in partnership with Google and with the University College London and in the 18 months since going live, it has become one of the biggest Insurtechs in terms of premium.

Our mission is to introduce algorithmic underwriting to specialty insurance and fundamentally improve the way that we do business for every player in the value chain whether it's the client, the broker, or ourselves. We're bringing a different digital model to the more traditional one that exists today. Hopefully, we'll continue to improve it and help the market operate in a more efficient way for everyone. If we do that, I think it will be successful. We're out there to make the market a better place to do business in.

“When we set out on the journey to build Ki, we saw that we have significant expertise when it comes to insurance and running a successful insurance business in the Lloyd's of London market but we're not the best-in-class player when it comes to building a technology business.”

What roles do you see insurers playing currently in the different ecosystems? How do you think this needs to evolve?

Ki Insurance was built in partnership with Google Cloud, our approach as Brit Insurance originally was, and still is, to identify and collaborate. When we set out on the journey to build Ki, we saw that we have significant expertise when it comes to insurance and running a successful insurance business in the Lloyd’s of London market but we're not the best-in-class player when it comes to building a technology business. For this, we needed to work with the respective leaders in their industries. At that point, we approached Google to bring in talent and expertise, and domain experience, but also a different approach and mindset, something that can complement our expertise.

To date, the Tech Giants have not expressed interest in adding risk to their balance sheet. My advice to everyone out there is, don't be fearful of the opportunity to work with these technology companies. Utilise their technology, infrastructure and expertise to build a tool or transform the market for the better and make it more efficient and a better place to do business in.

“In the next five years, every insurance company or organisation must become a data-driven organisation if they want to take advantage of the opportunities out there.”

Do you think insurers need to become data-driven organisations or do you think they'll just serve the ecosystem at the end of the value chain?

In the next five years, every insurance company or organisation must become a data-driven organisation if they want to take advantage of the opportunities out there. From my perspective, being able to structure and drive insights from your data creates a huge opportunity to make tangible decisions that will allow you to differentiate yourself from your competition, through having better pricing, finding efficiency gains, and ultimately identify growth opportunities in your book of business.

If you don't want to become a data-driven organisation, you're going to be left behind. Those organisations that take control of their data and use it as an asset for their business, will see the most amount of growth over the coming years. Data is what drives the pricing models of an insurance business. That said, I don't think more data necessarily means better pricing, it's about understanding the data that you've got and structuring it more effectively, and then utilising that in a more efficient manner.

Do you consider that submitting an idea or a project to a regulatory sandbox is positive for an insurer and has Ki or Brit Insurance participated in any of these types of activities?

We have not submitted anything to a regulatory sandbox to date. However, focusing on the UK market because it's the market that we operate in regulatory-wise, the FCA has done a fantastic job in providing this as an initiative and a program for businesses out there.

Whether it's the FCA sandbox or for our market, the Lloyd’s Lab, these are both fantastic places to launch either a new insurance product or service in a safe environment and allow you to properly structure, evolve, and learn.

We would certainly utilise these platforms as and when we need to. Ki is growing on its own and it's not launching new products that aren't already substantially well understood in the market. Our growth is around acquiring premium and users rather than going into under-utilised or underserved markets.

Indeed, the regulatory environment and policy environment that we have here in the UK is a game-changer for both startups and corporates to allow them to innovate at scale. I would put it as one of the main forces that enables growth of our startup ecosystem.

How would you define the degree of maturity of your company and your market, regarding Open Insurance initiatives?

In my opinion, I don't think we've even scratched the surface on open insurance, today. If you look at the work that has been done, by the Open Banking Implementation Trust in the UK retail banking space is 10 years ahead of where we're at the insurance market. However, this is a great advantage because there's a roadmap of what we need to do.

All the regulators have looked to the UK on how to achieve Open Banking and it was achieved through three things. The setup of a central, government-funded implementation agency, which we have in the UK, called The Open Banking Implementation Trust; agreeing on a set of standards for Data and APIs, as well as; the decision that the top 10 retail banks in the UK were required to sign up.

In terms of your predictions for the Insurtech industry in the coming years, what would be yours?

That there will be a big UK Insurtech exit that will level the global playing field when it comes to exits/ IPOs in the next 18 months.

Looking at 2021, who is your top of mind Insurtech?

Who do you think is going to be the next Unicorn and why?

There are already publicly known unicorns out there,so that's already been achieved in the UK. But we’ll likely see a major exit in the UK also.

Hopefully it will be UK listed one too!

What was the top technology trend in 2021?

What do you think is the greatest current hype surrounding Insurtech?

Telematic-based motor insurance, in my opinion no-one has managed to prove that the technology can lead to a better insurance model (at scale) yet.

Which business models do you feel are going to incline/decline?

Business models that will incline or increase are being a full-stack insurer. If you want to truly scale, get efficient economies of scale, and proven work through economics, you need to be full stack and have controlled risk capital. We will see more UK startups become full-stack.

In terms of decrease or decline, we'll see fewer B2C propositions. After the financial crisis in 2008, we saw a rise in B2C propositions trying to target the value chain to provide better payment experiences. Few of those businesses truly got to scale but they did prove a better value and/or user proposition could exist. Then, what happened is either they got bought out by the banks or consolidated into bigger organisations.

We're going to see something similar in the Insurtech markets, that consolidation of some of the B2C players and the personal lines space. Also, we will see a switch of some startups from B2C into more more B2B or B2BC propositions. That's the trend we're already seeing and that we're going to continue seeing within the next couple of years.