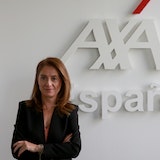 Insurtechs and Insurance Companies, From Potential Competitors to Great Collaborators

The collaboration of insurers with startups adds to the generation of new innovative business models. Nieves Malagón, in this interview, shares her views on this topic as well as her perspective on the future direction of the industry.

"In the last two to five years, we have seen much more mature Insurtech companies with more consolidated value propositions and stronger teams behind them."

With the new historic increase in investment. Do you consider that the Insurtech market is still in a growth phase or is it going towards consolidation

I agree with the increase in investments recently, as well as the consolidation of Insurtech, where there is still a long way to go. In the last two to five years, we have seen much more mature Insurtech companies with more consolidated value propositions and stronger teams behind them. And, indeed, the latter has also helped this investment increase.

However, there are still gaps. Insurtech has begun to be considered, through collaborations with insurers, as a positive, addressing issues that insurers traditionally are not able to. What we would call “fixing the basic”. We have seen this multiple times in the health sector in the last two years, both in the European and American markets.

Regarding the expertise within the Insurtech teams, in the US, we see more mature profiles, with people from different disciplines within the world of insurance. There are no longer just commercial profiles within insurance companies. It is no longer strange to find IT or legal professionals, for example, in their teams. I believe that all of this is helping to consolidate the market and the proposals offered by Insurtech to the insurance sector, making them more mature in terms of a business plan and the profiles behind the teams.

As for the post-IPO results and the exponential growth of these startups. Do you consider that there is more hype in Insurtechs than real impact in the market?

I think there is a mix. I see that there is hype, but I also see that there is real impact. In the end, this is also very personal. It is about managing expectations, that is, of investors, even of the market or of ourselves, as observers. I think there is a bit of a herd mentality, which makes sense, but expectations need to be managed, especially considering how early on we are on the journey. We expect results too quickly and all these businesses have to continue to consolidate.

In addition, we must consider the current landscape. The pandemic has been ongoing for the last two years and there is a high degree of geopolitical uncertainty. All of these factors make an unattractive proposition for investors.

“When this whole world of Insurtech started ten years ago, we saw them as the enemy, as if they were going to replace insurance companies, and I think that in the end, we have seen that we have to collaborate and create ecosystems”

Insurance companies are investing more and more in distribution channels and commercial lines of business supported by Insurtechs, more than in health companies. What is your opinion on that? How do you foresee this trend in the coming years?

When this whole world of Insurtech started ten years ago, we saw them as the enemy, as if they were going to replace insurance companies, and I think that in the end, we have seen that we have to collaborate and create ecosystems. I see a greater degree of collaboration in distribution chains and eCommerce. That is because they were the most neglected areas at the beginning and where we have realised that we can move with agility, for various reasons. Things are clearer in distribution because we all want to sell, and sales impact us all. Collaboration gives you capillarity, agility, and a methodology that many large organisations would be unable to keep up with. There are still many aspects here that should be tempered by tradition and with the phygital world, but I think it is something that is being reinforced and that it is picking up speed.

Regarding the health sector, it is true that there has been a boom. We have reached a turning point where once again we need to disrupt the health model because everything is very similar. When a startup does not get financing from a VC or a Business Angel, there are different reasons; the team is not consolidated, the metrics or ideas that they present are not clear, or there is an excess of competition. It can also be because everything we are seeing is quite derivative in terms of health.

“The Giants also have a very consolidated brand and logically they are not interested in being an insurance company, they have understood the rules of the game well.”

What is your perception of the interest of the technological Giants in the Insurtech market?

The Tech Giants have an interest in winning, they have tremendous capillarity and have good touchpoints with the client, and the latter is in their DNA. That gives them a huge advantage over insurers, no matter how big we are.

The Giants also have a very consolidated brand and logically they are not interested in being an insurance company, they have understood the rules of the game well. Its entry is going to be much more consolidated and not only with Insurtechs but also with insurance companies.

The three roles of owner, facilitator, and participant range from more involved to less involved, but each also has its advantages and disadvantages. Being a participant, for me, is related more to a partnership model, which gives you certain agility. I identify the role of the facilitator more with insurance companies that take on the role of venture, accompaniment, or integration of startups.

Regardless of the role that the insurance company adopts, what is important is that they ensure certain insurance safeguards that should never be lost: the function of protection and solvency.

What do you think are the main challenges that affect an insurance company when we combine the terms regulation and technology?

There is a challenge, which is data, and that came long before technology. It is more a matter of mindset, people, reaction capacity, of curiosity. As for the issues related to the treatment, capture, cleaning, and ordering of the data, we are in an embryonic state. I would say that this is something endemic to the insurance sector and, to some extent to Spanish organisations in general. In the case of AXA, we are collaborating with some Insurtechs. We have seen that, in matters of data, minor changes drive client behaviour, and that opens a window of possibilities for this business.

Regarding regulation, the guiderails of GDPR have helped a lot, but now a tsunami of possibilities is coming towards us. Issues regarding biometric data and data capture are around the corner and we are working to be ready for them. In terms of data ethics, I think the Insurance sector, and indeed society at large, is still grappling with exactly how to tackle the issue.

Do you consider that submitting an idea or project to a regulatory Sandbox is positive for an insurance company? Has your company considered participating in any of them?

We have tried and have been working throughout the last year to come up with projects in the Sandbox. I think it is still quite green in Spain and not only by insurance companies, I believe by the authority itself is as well.

When the issue of regulatory Sandboxes came up, I think we all welcomed them with great enthusiasm, and when we started working on them we realised that it is more complicated than we thought if we want to do it right. I think we have to go further, to rethink or reform the system. For me, what a Sandbox has to do is not only change the system but also the legislation. I think it is a beneficial model, for the insurance sector and society if it is done well, but we still have a long way to go and some countries are further in the journey than us.

“I think that insurers and reinsurers will understand much more than collaborating is not an option anymore, that there is no turning back.”

Looking into the crystal ball, what are your predictions for the Insurtech sector for the next few years?

I think that insurers and reinsurers will understand much more that collaborating is not an option anymore and that there is no turning back.

A trend that I have also seen a lot in recent years is the whole issue of the Managing General Agents (MGAs); the figure of the MGA with an Insurtech, with a reinsurer. I do see a future in that as I think it is a fast and legal path to reach a Win-Win scenario.

“Models that do not integrate data will not work, they will be replaced by collaborative models with Insurtechs.”

What is the biggest hype about Insurtechs?

I see the hype in a proliferation of the intermediate layer of connectors. This intermediate figure that I would describe as I'm not here, but I'm not there either, but I know everything, but I don't know anything... It doesn't convince me, and I don’t think anything will come of it.

Then, I believe that Models that do not integrate data will not work, they will be replaced by collaborative models with Insurtechs, which will die the moment they do not integrate the data well.