In the case of the commercial ecosystem aimed at professionals and companies, according to data from Marsh, in its Global Insurance Market Index, published in November 2020, the price of commercial insurance increased by 20% in the third quarter of last year.

In fact, it is the largest quarterly increase that has occurred since 2012; and it does so at a time when many clients (professionals and companies) find themselves in a difficult economic situation, in which they have to make important decisions about their insurance buying habits or patterns. Likewise, given the uncertainty about the continuity of many businesses, the owners of facilities, premises and offices are increasingly contracting non-payment insurance.

According to the aforementioned Swiss Re report, commercial lines are more sensitive to variations that occur in company turnover or in their number of employees. For business, the most affected, not only in 2020, but possibly also in 2021, will be those linked to transport, travel, commerce or entertainment. In relation to this situation, changes are taking place in risk models, which require that insurers have to contribute more capital to be prepared to cover possible losses, and, in addition, costs are also increasing in the case of insurance companies.

Swiss Re also expects the commercial P&C business to lead the non-life market improvement in 2021, driven by the economic recovery and rate improvements. In fact, it states that demand for commercial insurance is expected to improve, although there will be a noticeable tightening of prices.

Insurtechs in the Business Shield Ecosystem

Of the 793 insurtechs in the sample, a total of 129 belong to the Business Shield area (which represents 16% of the total), and of these, only 33 received investment during 2020, therefore, only one in every four was financially supported in the past year. If this ecosystem is compared with the set of ecosystems, there were 226 startups that received funds, for which Business Shield (33) represent 14.6%.

The total amount of investment in Business Shield in 2020 amounted to 1.2 trillion dollars, which represents 20.2% of the total (6.052 million dollars). This ecosystem was the second most investment in, only surpassed by Healthy Living.

The top three companies in this ecosystem by investment (Ki Insurance, Next Insurance and Pie Insurance) accumulated more than 70% of the total (877 million dollars); and among the top ten they attained almost 95% (1,163 million dollars). The company that received the most investment in 2020 in the scope of the Business Shield ecosystem was Ki Insurance, worth 500 million dollars, which is defined as the first fully digital Lloyd's of London union based on the use of algorithms that will be available anywhere and anytime. Investors also include Blackstone, one of the world's largest investment banks, and Fairfax Financial Holdings, the Canadian insurance, reinsurance and investment management holding company, which is owned by another of the partners, Brit, the British insurer and reinsurer.

Its objective is to provide brokers, directly through their platform, with quotes in real time and automatically. Thus, through the use of data and its analysis, the company is able to take advantage of this information to make decisions related to pricing, as well as to offer brokers valuable information about their portfolios, which will allow them to better monitor said portfolios, with the consequent saving of time and effort that this entails for the runners.

Ki Insurance will follow different syndicates (grouped insurers) that underwrite different risks to offer brokers information on each type of risk in which they participate. One of Ki Insurance's partners is Google Cloud, which will contribute the entirety of its knowledge and experience in cloud solutions to the project, which in turn contributes to enabling the scaling of operations by this insurtech. The company also collaborates with the University College of London, which has helped with the development of its own algorithm.

Among the investments in insurtechs in the commercial field, Next Insurance, which received 250 million dollars, also stands out. This American company is a digital insurer that offers insurance for entrepreneurs and small businesses alike. This latest round of investment occurred in September 2020 and was led by MunichRe Ventures and CapitalG (Alphabet's private equity firm), but it is the second time that the company has received this amount (in October 2019 MunichRe led another round of 250 million), so in just one year it has received 500 million, which represents almost 80% of the funds it has received since 2016, which amounts to 631 million.

This company offers a purely digital model for a sector, commercial, that is not so used to such an agile and simple service (with which quotes can be obtained in less than ten minutes from any device). In addition, it is also able to offer affordable prices and coverage, appropriate to the needs of small businesses: civil liability, workers compensation, auto insurance for companies or protection for tools and equipment. They also offer customer service (by phone or chat), issuance of certificates that show that a professional is insured; or the possibility of making monthly payments without additional costs.

The third company, by volume of investment received in our sample, is Pie Insurance, which raised 127 million dollars in 2020, 67% of the total financing since it was created in 2017. This American insurtech is focused on offering compensation insurance to small companies, although they also offer other types of policies such as: Business Owner's, Commercial Auto, Cyber-risk, policies that cover errors and omissions, among others. In the United States market, when a worker suffers an accident, illness or disability due to his professional activity, if the company that employs him has contracted Workers' compensation insurance, the insurer assigns a doctor to offer medical attention and it also pays a part of the employee's salary for the period of inactivity by the employee. For these types of policies, a small business could save up to 30%, according to the company.

Pie Insurance offers an easy experience that simplifies the process, from obtaining the quote to managing claims.

Ki Insurance is an operator of a digital and algorithmically driven insurance syndicate platform, a standalone business launched by London-based Brit.

Next Insurance is an online insurance company for small business and entrepreneurs. Next’s products are personalized to specific needs of each customer, increasing the efficiency of coverages. 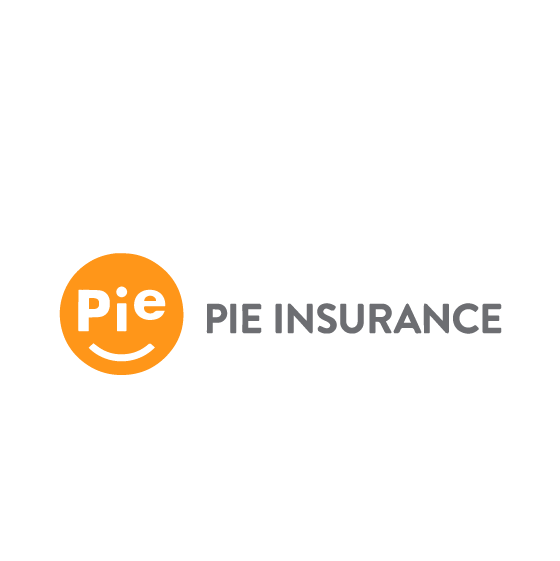